As a preferred manufacturer for Nvidia’s professional Quadro cards, PNY is an internationally respected name. With the GeForce GTX 1080 XLR8 Gaming OC Edition, we’re testing a graphics card that, despite some modest factory overclocking and an oversized cooler, is supposed to represent the company’s conservative interpretation of performance and design.

A price tag in the $630 (£580) range represents the lower-middle range of GeForce GTX 1080 cards, which is great for enthusiasts eager to get in the door as inexpensively as possible. But that doesn’t mean you give up performance or functionality in the process.

The cooler cover is made of black plastic with red bits adding some color. Weighing just 29.25oz (830g), this card is even lighter than Gigabyte’s flyweight GeForce GTX 1080 G1 Gaming. However, its almost 12 inches (29.7cm) are quite long. It’s also 4.5in (11.5cm) high and the usual one and three-eighths inches (3.5cm) wide standard for dual-slot cards.

The back of the board is covered by a single-piece plate that only has openings for ventilation above the GPU package. Plan for an additional one-fifth of an inch (5mm) in depth beyond the plate, which may become relevant in multi-GPU configurations.

While it is possible to use this card without its backplate, removing it requires disassembling the cooler, likely voiding PNY’s warranty.

Up top, the eight-pin power connector is positioned at the end of the PCB. Design is always a matter of taste, but it’s hard to go wrong with a classy red/black color combination. Further, red light emanates from under the cover and is visible up front through the fan holes.

A closed-off end indicates that PNY’s cooling fins are oriented vertically, so all of this card’s waste heat is going to get pushed out the top and bottom, rather than the front and back.

The rear bracket features five outputs, of which a maximum of four can be used simultaneously in a multi-monitor setup. In addition to one dual-link DVI-D connector (be aware that there is no analog signal), the bracket also exposes one HDMI 2.0b and three DisplayPort 1.4-ready outputs. The rest of the plate is mostly solid, with several openings cut into it that look like they’re supposed to improve airflow, but don’t actually do anything.

PNY’s GTX 1080 XLR8 utilizes Nvidia’s reference PCB with all of its advantages and shortcomings. Consequently, we already know what components we’ll find across the board.

Like all of the other GeForce GTX 1080s, PNY’s XLR8 Gaming OC Edition uses GDDR5X memory modules from Micron, which are sold along with Nvidia’s GPU to board partners. Eight memory chips (MT58K256M32JA-100) transferring at 10 MT/s are attached to a 256-bit interface, allowing for a theoretical bandwidth of 320 GB/s.

The memory gets its power through a separate phase controlled by a uP1728. Current monitoring is enabled by the well-known INA3221.

In addition, two capacitors are installed right below the GPU to absorb and equalize peaks in voltage.

Before we look at power consumption, we should talk about the correlation between GPU Boost frequency and core voltage, which are so similar that we decided to put their graphs one on top of the other. Although PNY borrows a lot of its hardware from Nvidia’s reference design, we see that the clock rate and voltage curves don’t dip as much when temperature increases compared to the GTX 1080 Founders Edition.

After warming up in our variable-load gaming scenario, GPU Boost fluctuates between 1820 and 1887 MHz. Under a more taxing workload, clock rates drop a lot more.

Our voltage measurements look fairly similar to the frequency chart. While we observe up to 1.05V in the beginning (slightly less than the Founders Edition), this value later falls as far as 0.962V (now slightly better than Nvidia’s reference effort). PNY could have easily put a little more voltage into sustaining the highest GPU Boost bin.

Summing up measured voltages and currents, we arrive at a total consumption figure we can easily confirm with our test equipment by monitoring the card’s power connectors.

As a result of Nvidia’s restrictions, manufacturers sacrifice the lowest possible frequency bin in order to gain an extra GPU Boost step. So, PNY’s power consumption is disproportionately high when idle. In all fairness, the company manages this behavior relatively well compared to some of its competition. Its lowest clock rate hovers at 253 MHz.

Now let’s take a more detailed look at power consumption when the card is idle, when it’s gaming at 4K, and during our stress test. The graphs show the distribution of load between each voltage and supply rail, providing a bird’s eye view of variations and peaks:

Naturally, heat output is directly related to power consumption, and the GTX 1080 XLR8 Gaming OC Edition’s ability to dissipate that thermal energy can only be understood by looking at its cooling solution. For starters, the backplate isn’t much help. It is for visual purposes only; at best it helps stabilize the card. Some thermal pads could have certainly made the plate more functional, but PNY missed that opportunity.

PNY uses a nickel-plated sink with four pressed-in .25in (6mm) heat pipes. Three shuttle thermal energy to the back of the cooler, and one transfers it to the cooler’s lower-front part. The plate around the heat sink is designed to cool Micron’s GDDR5X memory modules.

The voltage regulator MOSFETs are cooled by their own built-in heat sink. Added thermal pads ensure good contact, just as they do for the memory.

This cooler’s significantly better performance compared to Nvidia’s own thermal solution is reflected in our temperature measurements. PNY never exceeds 149°F (65°C), or 154°F (68°C) in a closed case.

A look at the infrared images turn up no problematic hot-spots. The GPU, memory, and voltage regulators are all cooled very well.

During our stress test it becomes clear why the use of just one MOSFET for the low-side is not exactly optimal, since a hot-spot does emerge at exactly this point. It doesn’t appear to be outside of the component’s specifications, but our camera definitely picks it up.

Since the temperatures don’t really change between our gaming workload and stress test, we’d expect fan speeds to be about the same, too. Thus, the measured values don’t really come as a surprise.

PNY doesn’t arm this card with a semi-passive mode. Instead, the fan spins at a minimum

A noise level of 37.7 dB(A) under full load isn’t exactly quiet. But due to the character of the sound, which can be described as white noise thanks to its high-frequency elements, the resulting noise isn’t intrusive. In fact, cases with sound insulation should be able to block most of it out. In the end, PNY’s solution is definitely better than Nvidia’s reference design.

Those motor and bearing noises registering in the low-frequency spectrum are a tell-tale sign that PNY is using inexpensive fans.

Nevertheless, its cooling solution is both efficient and a little aggressive. Under every condition we threw at it, temperatures and acoustics remained well-controlled. You do have to tolerate slightly more noise as the card heats up, but we think PNY’s compromise is a good one, particularly at the 1080 XLR8’s attractive price point.

I’m really happy with my 2 xtreme’s. Last month I cranked our A/C to 64f, closed all vents in the house except the one over my case and set the fans to 100%. I was able to game with the 2-2.1ghz speed all day at 4k. It was interesting to see the GPU usage drop a couple % while fps gained a few @ 4k and able to keep the temps below 60c.

After it was all said and done though, the noise wasn’t really worth it. Stock settings are just barely louder than my case fans and I only lose 1-3fps @ 4k over that experience. Temps almost never go above 60c in a room around 70-74f. My mobo has the 3 spacing setup which I believe gives the cards a little more breathing room.

The zotac’s were actually my first choice but gigabyte made it so easy on amazon and all the extra stuff was pretty cool.

I ended up recycling one of the sli bridges for my old 970’s since my board needed the longer one from nvida. All in all a great value in my opinion.

One bad thing I forgot to mention and its in many customer reviews and videos and a fair amount of images-bent fins on a corner of the card. The foam packaging slightly bends one of the corners on the cards. You see it right when you open the box. Very easily fixed and happened on both of mine. To me, not a big deal, but again worth mentioning. 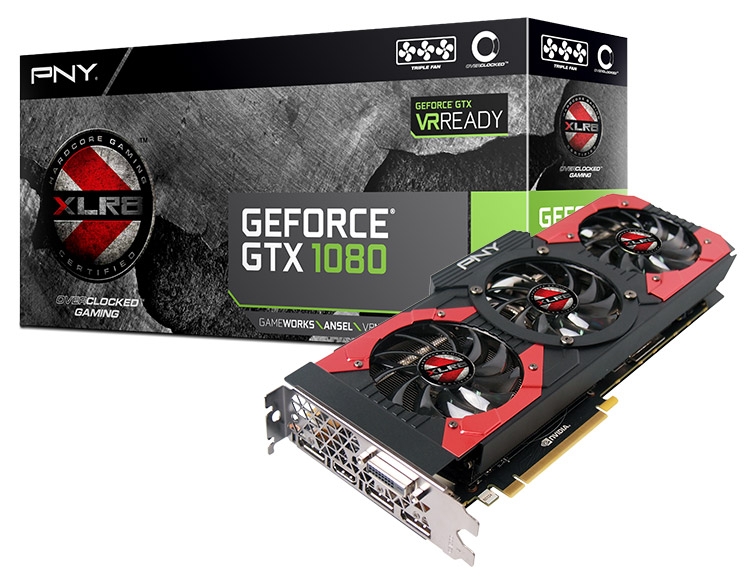 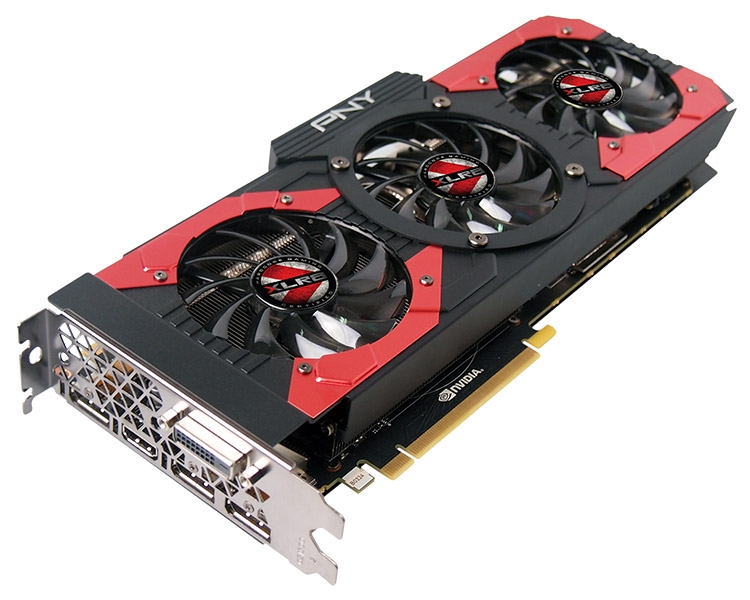 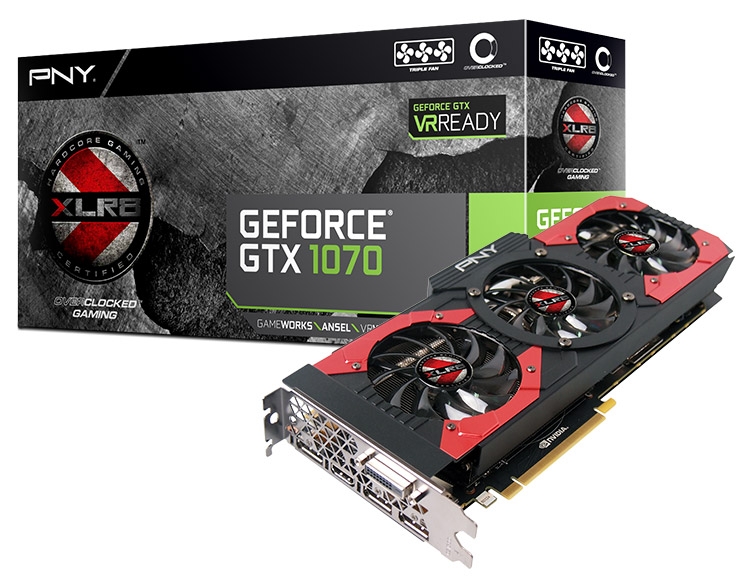